The project Armenian Online Dating is two-part. The first part, www.Armeniandate.net is a fictitious yet functioning dating website of characters loosely based on actual profiles that I found online. The profiles on the site are intended to raise questions about why it is important to some people that they date primarily within one ethnic group and also to investigate the politics of ethnic communities. The site addresses the concerns of a cultural heritage, and how individuals may choose to embrace or ignore characteristics that link them to that culture.

The second part of the project (shot an a 4x5 field camera) are large-scale images of the characters on the website. They are photographed in situations and environments that I imagined them in after creating their profiles. These photographs are about confronting one's imagination and recognizing the potential realities of personalities and lifestyles. The scenarios that these characters are in range from someone reading a book in Armenian while eating mini wheats, to a rebel warrior outfitted in the outskirts of a city, to a man who claims to be a wine connoisseur, yet he drinks from a jug of wine.

If you have ever looked at online dating websites, you may have recognized that there is a gap between the imagined and the real. This gap allows for both humor and the serious examination of ethnic politics to exist simultaneously. 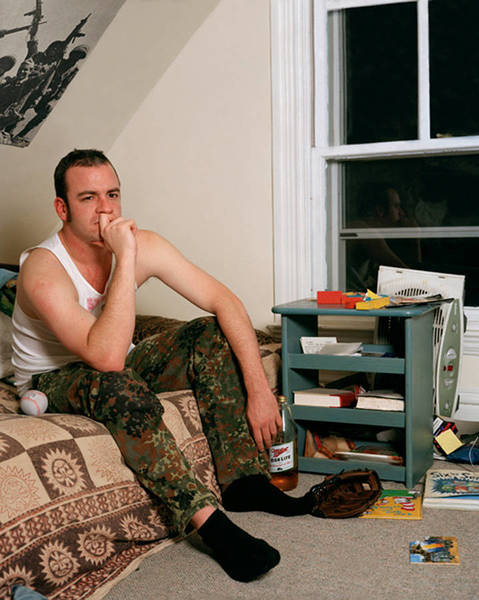 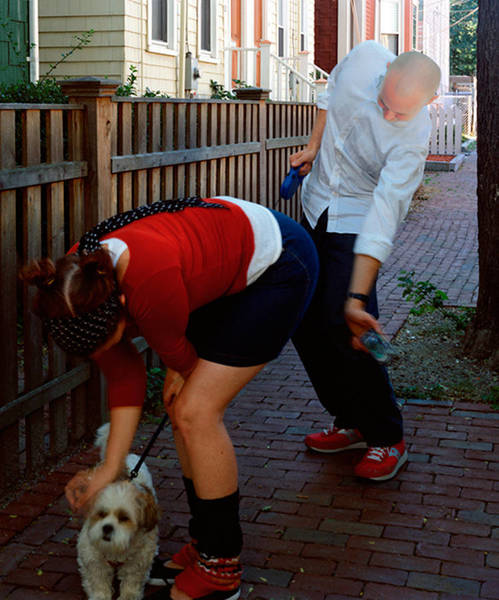